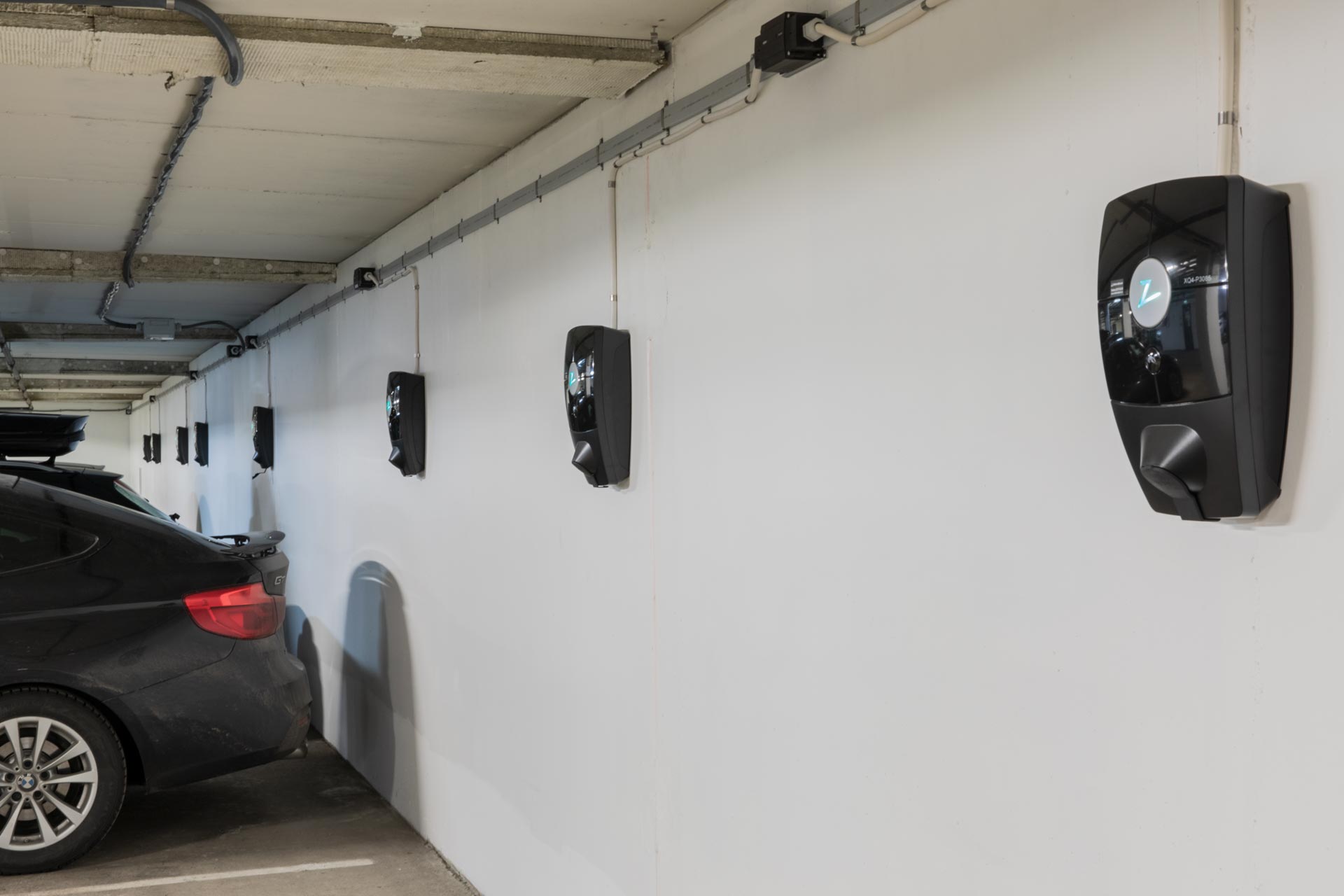 It is extremely important to get good and solid knowledge of what this actually is. Buying an electric car charging system for a condominium or condominium is not just “a little expensive outlet”. There is so much more.

Bjørn Myhren is the manager of a garage assembly and remembers the beginning of the process of establishing infrastructure that made it possible to mount charging stations:

Fortunately, we had one on the board who had some expertise and a network that had experience in the field. It quickly became clear that we had to have technical support, and the choice fell on OBOS Project. They provided us with a project manager who arranged the academic. Administratively, the board set up a project group to arrange the non-academic administration, such as information, moving cars, applications from co-owners who wanted a charging station, notice of courses, etc. The whole process went extremely smoothly, and the board has not experienced any negative feedback throughout the process. 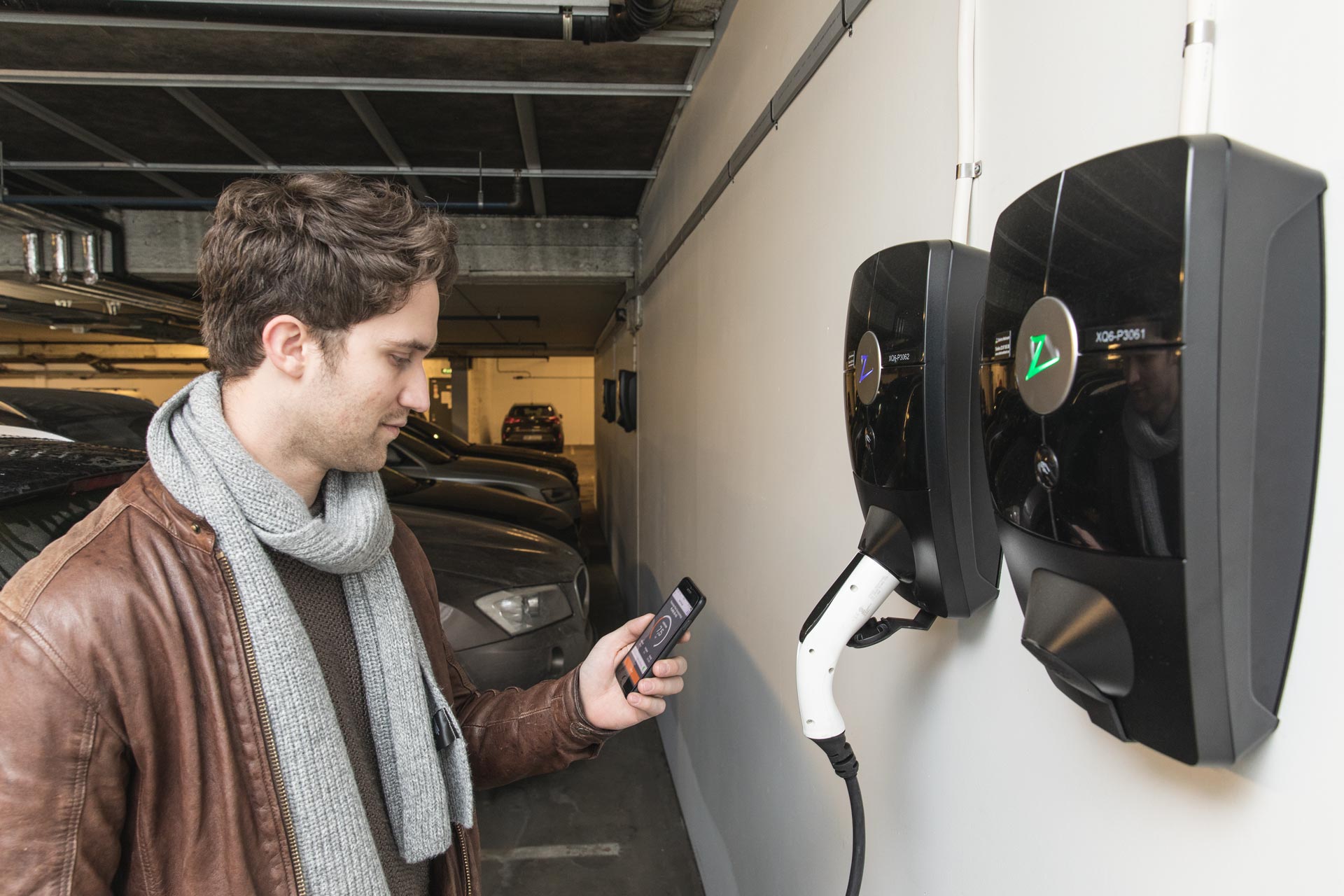 There is already a jungle of different offers out there, and here with us, where we have 245 seats, we could easily have chosen completely wrong. Our solution came from ZAPTEC, and I would like to pay tribute to OBOS Prosjekt and Elektro Nettverk Service AS for the good partners they have been. One thing is to deliver a good plant, but it must also be operated in a good and cost-effective way. We have achieved that, he states.

How was the actual assembly of the technical?

Well, we had to be in “exceptional condition” for a few months and release the parking in the garage completely free. That is, owners of numbered garage spaces that were occupied, had to use other vacancies or stand along the walls. No one objected to this, but we had a case of an owner who had not read the information. The person was very negative until the misunderstanding was cleared up and regretted to the person who had fallen into disgrace. And now that everything is done without any special problems, everyone is happy, he smiles.

You have chosen a so-called “smart solution”. Why it and how does it work in practice?

It is absolutely essential to have such a solution, both because it will save electricity and because it ensures that everyone gets charged. Also, it will be easier for those who will make sure everyone pays the right amount for their share of consumption. Today I control this 100 percent over the net and at all times be informed about the number of kilowatts each has used. Thus, we are ensured a common system of individual follow-up, and we are very pleased with that. Although it sounds simple, there is advanced technology behind it. This means that you have to secure suppliers with high competence and good products. We got help from day one, and we are very happy about that. Without this help, we could have made many mistakes that would have cost us dearly. 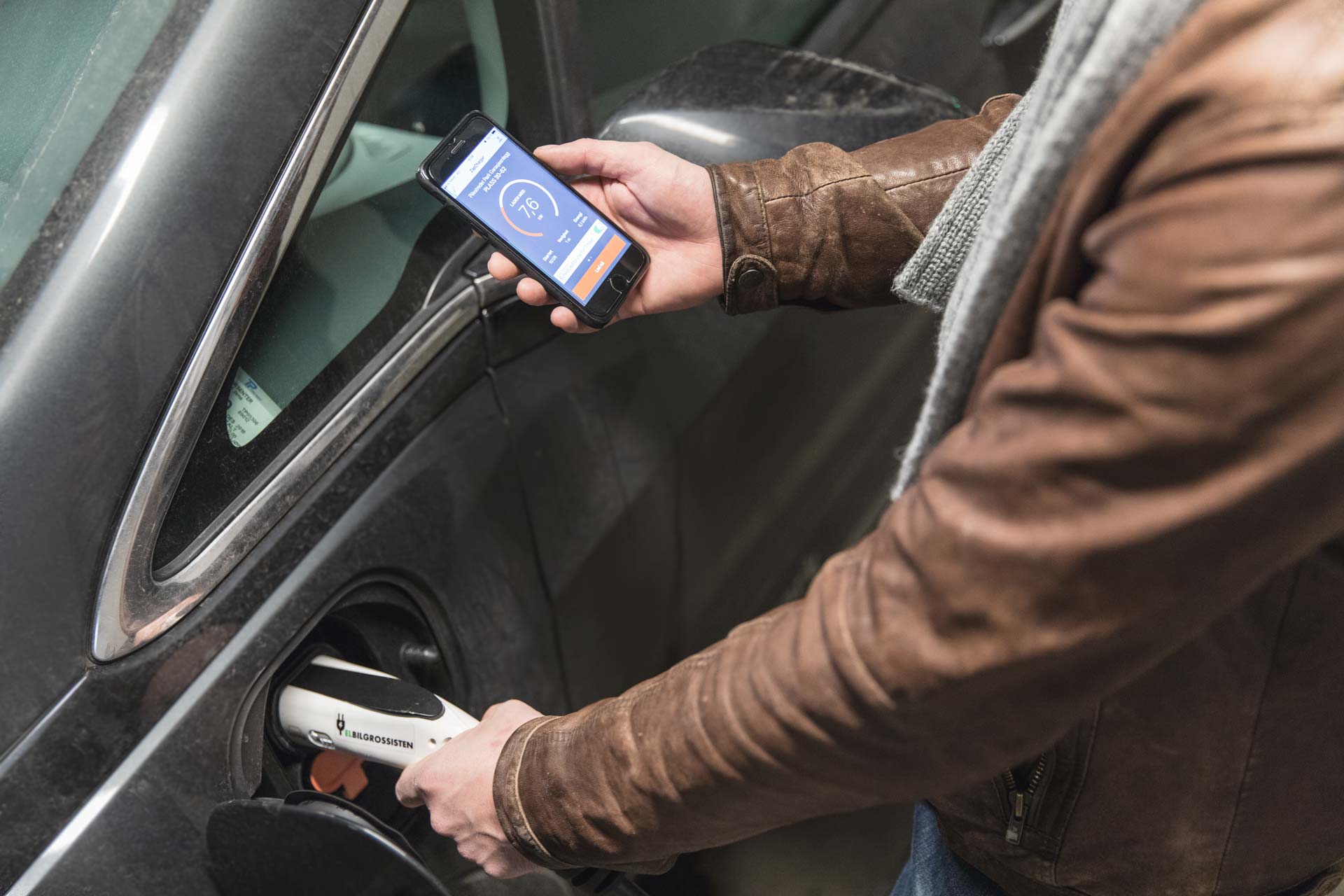 I noticed that demand started something like a year and a half ago. Initially, the requests were rather vague, but things have picked up lately, says project manager Arild Myhre of Elektro Nettverk Service AS. The plants you want are getting bigger and bigger, without having the knowledge you need to make the right choice.

But many people want it?

Yes, although many may not have electric cars yet. Now it has become so, at least in OBOS, that you can expect a value increase of NOK 100,000-150,000 at your apartment, if it comes with charging point for electric car.

What is important when choosing?

– Find a system that is based on everyone having equal opportunities within the system, and which is so intelligent that it will ensure that everyone gets charged as much as possible. That is, when one is charged, its current is distributed to the rest of the points. For the sake of overview, it is important that it can be controlled via the cloud, ie over the Internet. There will be limited power available for such systems, which is why it is very important to think about this, and to get a system that can make the most of the power that is available after all.

How much power do you need?

An electric car uses an average of two kilowatt hours per mile of driving, so the need must be weighed against the number of parking spaces. 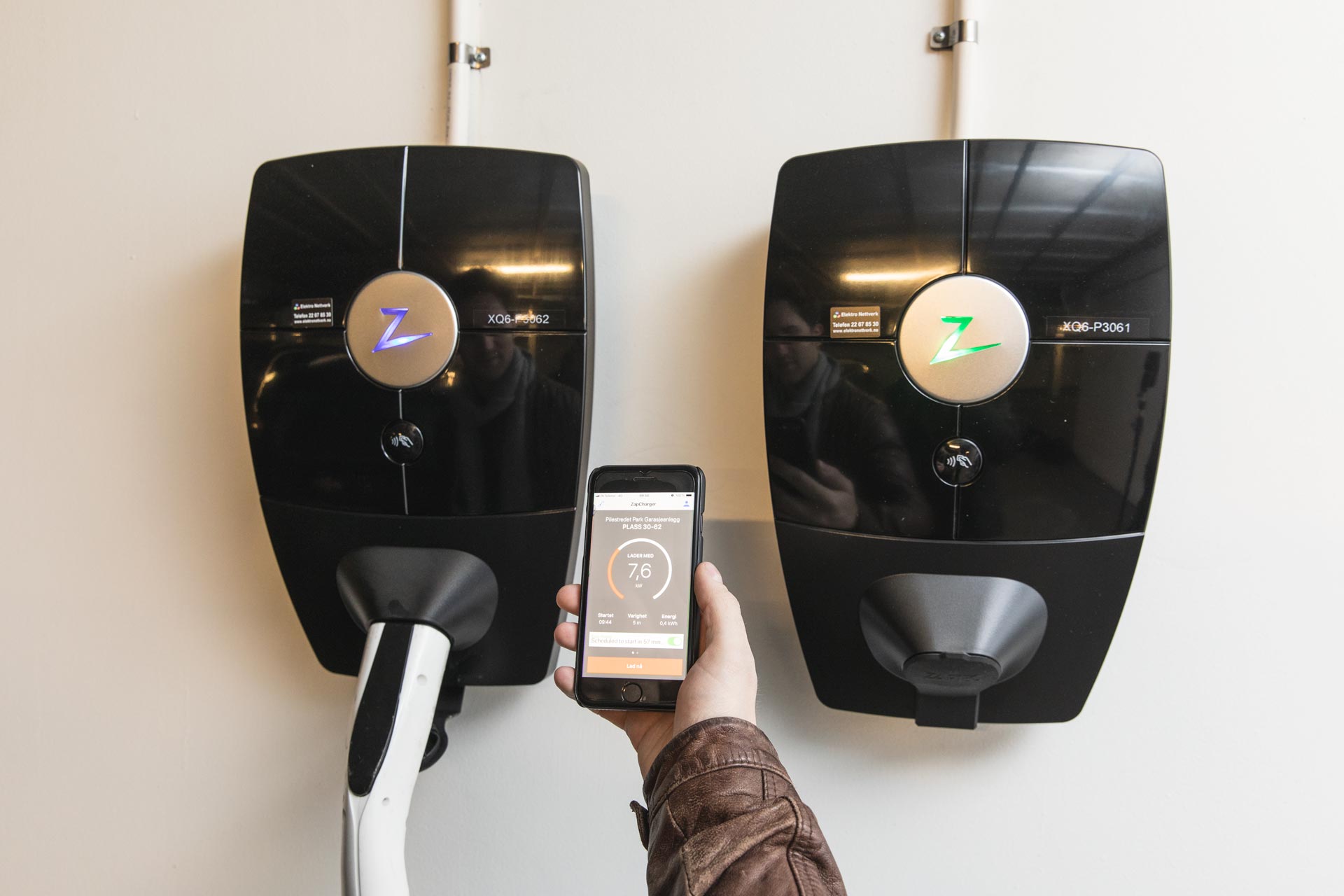 A good system should allow for the distribution of all available power to the connected cars, so that they can be fully charged and free up capacity for those who put the car into charge later in the day.

At the same time, one should have the capacity for almost all the car to get some charge. In our opinion, the minimum capacity for a charging system should be the number of electric cars times 1.4 kilowatts. With this dimensioning and a dynamic load and phase balanced system, one will be able to have a charging system dimensioned for future needs as well, not a minimum solution that only covers the need today. We must probably assume that the share of electric cars will only continue to increase. 1.4 kilowatts is the minimum charge for most electric cars on the market today.

GET AN OFFER FOR AN EV CHARGING SOLUTION

You can find out more about which cookies we are using or switch them off in settings.

This website uses cookies so that we can provide you with the best user experience possible. Cookie information is stored in your browser and performs functions such as recognising you when you return to our website and helping our team to understand which sections of the website you find most interesting and useful.

Strictly Necessary Cookie should be enabled at all times so that we can save your preferences for cookie settings.

This website also uses Google Analytics to collect anonymous information such as the number of visitors to the site, and the most popular pages.

If you disable this cookie, we will not be able to save your preferences. This means that every time you visit this website you will need to enable or disable cookies again.

Please enable Strictly Necessary Cookies first so that we can save your preferences!